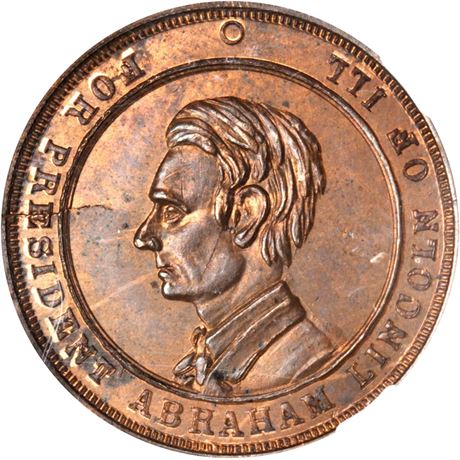 Civil War token Fuld 506/519 a R8 PCGS MS64 RB 10% Red more so on the obverse. For President Abraham Lincoln Of Ill. with blank reverse that had previously been clashed with Breckinridge die 508 during a previous use...this clashed die is sometimes incorrectly call a Brockage. Dewitt AL 1860-64.  From the Leonard Massa and John J. Ford collection earlier from Stacks August 2013 sale were it realized $1,527.50.