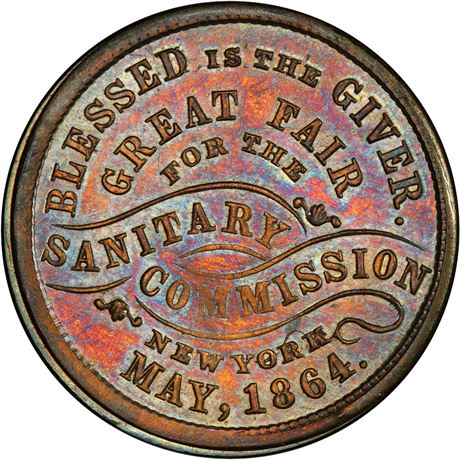 Civil War token Fuld NY630BJ-1b R8 PCGS MS66 30% Bright mostly on the reverse and nicely toned on the obverse. Great Fair for the Sanitary Commission, New York May 1864 struck in Brass with George Washington reverse. Rare merchant and one of the keys of a New York merchant set. We sold a NGC MS63 example on our web site that brought $1,300 in April 2015. From the Q. David Bowers collection earlier from Rossa and Tanenbaum in a special PCGS holder with Dave's picture and facsimile signature.