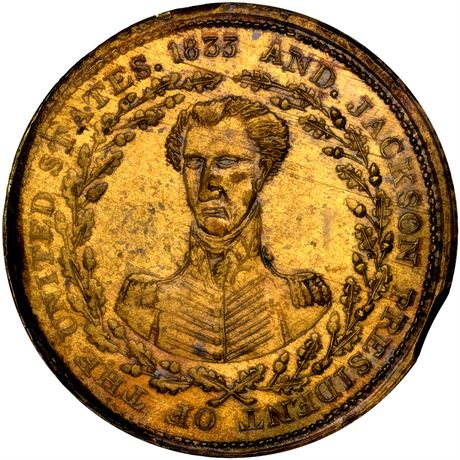 HT-7 / Low 5 R5 NGC MS64 10% Bright more so on the obverse which is quite flashy and considerably nice than the photos would indicate. Well struck for issue. Andrew Jackson the Gallant & Successful Defender of New Orleans 1833. Very rare and any grade of Uncirculated, Heritage sold an NGC AU55, similarly well struck for $840 in there December 2020 auction. NGC has only graded two Uncirculated example with this being the finest by two point. From the Lumberton and Gilbert Steinberg collections, earlier from Bowers & Merena's November 2002 sale and still earlier from Stacks October 1989 auction. Dewitt AJACK 1832-3