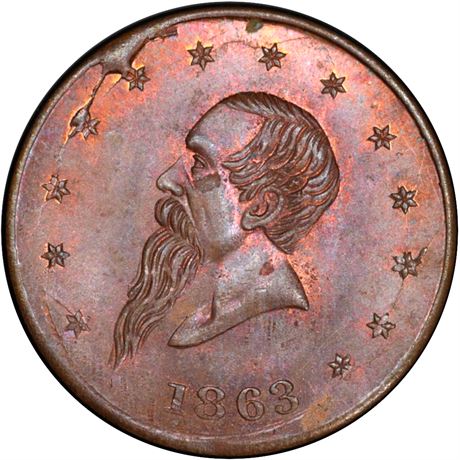 Civil War token Fuld NY630AQ-8a R8 PCGS MS64 BN 10% Red with very nice cartwheel luster. Gustavus Lindenmueller New York City 1863. A very rare muling to two slightly different portraits of the merchant. Lindenmueller was a prolific issuer of Civil War tokens and legend has it that he refused to redeem a large group of his tokens and consequently brought on the end of the Civil War token era. This despite the fact that his tokens were larger ( quarter size ) with more copper than nearly all of the then circulating tokens.