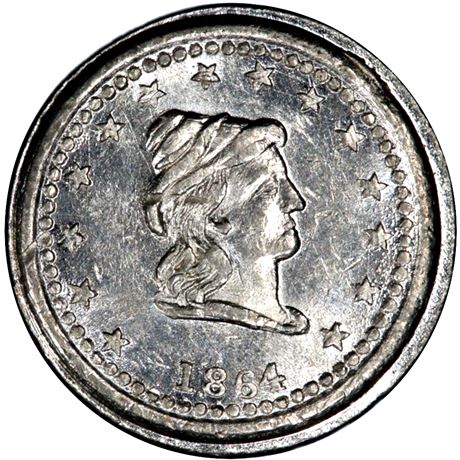 Civil War token Fuld 42/336 e R8 PCGS MS63 70% Bright stuck without a collar resulting in a larger than normal planchet. Our Navy 1864 struck in White Metal. An early die state of the obverse which can come so late that roughly a quarter of the die is completely missing making for an impressive die progression set. From the Matt Westphal collection, though not so noted on PCGS's holder.