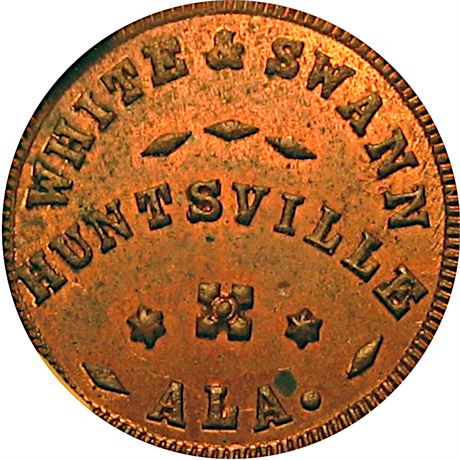 Civil War token Fuld AL425A-4a R9 NGC MS62 RB 20% original mint red and quite nice for the grade. White & Swann Hunsville Ala 10 Cents struck in Copper. A very nice example from the rare single merchant state of Alabama. We sold a NGC AU55 example of the R8 -3b variety on eBay in October 2016 that realized $4,038. From the Frank Toth, Steve Tanenbaum and James Holtel collections with the last two pedigrees noted on NGC's holder.