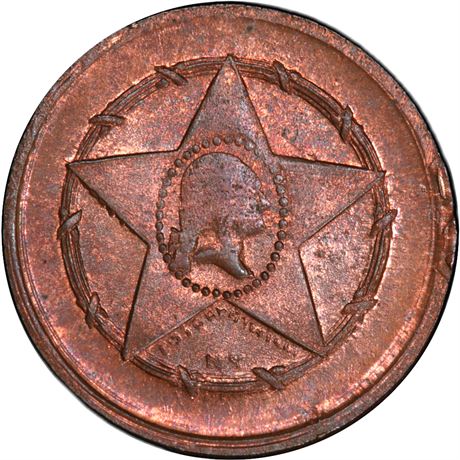 Civil War token Fuld 68/105 a R9 PCGS MS65 RB 40% Red with Washington's head a bit weak. 1863 Double Header with Indian Head on one side and George Washington within Star and wreath on the other. Very rare, one of just two we have seen offered. From the Robert Williams and Steve Tanenbaum collections earlier from our July 2012 sale were it realized $710 and still earlier from Walt Korzick, though none of this is on the PCGS holder. Baker 494