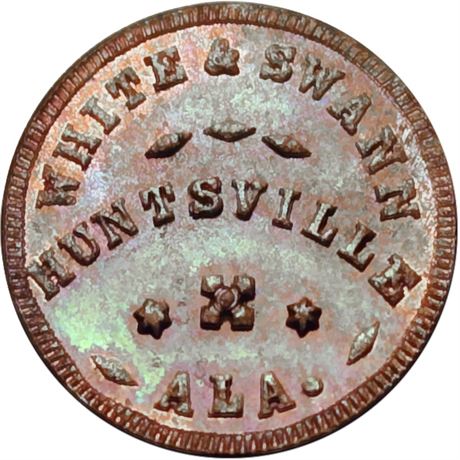 Civil War token Fuld AL425A-7a R9 NGC MS65 BN with Traces of original Red mint luster all on the obverse and nicely toned on both sides. This is the finest Alabama NGC has certified on any variety. White & Swann Hunsville Ala 25 struck in Copper. A very nice example from the rare single merchant state of Alabama. We sold a NGC AU55 example of the R8 -3b variety on eBay in October 2016 that realized $4,038. From the Steve Tanenbaum, Henry South, Jack Detwiler and George Fuld collection though not noted on NGC's holder.