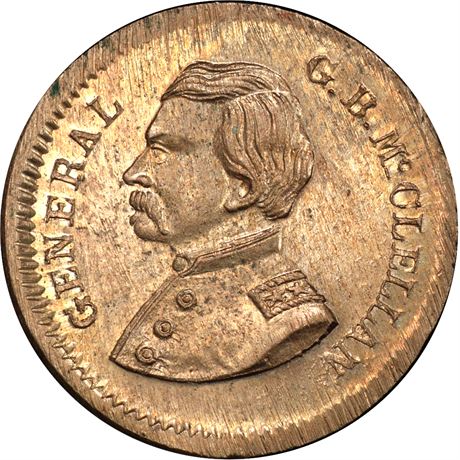 Civil War token Fuld PA464A-3d R8 PCGS MS64 with 50% original bright mint luster. Petersen's Jewellers Honesdale, Scranton & Pittston PA General G. B. McClellan struck in Copper Nickel and most likely struck on a filed down US Copper Nickel One Cent coin with some of those file marks still visible on the rims. A NGC MS64 example sold for $450 on eBay in September 2017. From the Micheal Harding and Q. David Bowers collections but not so noted on PCGS's holder.