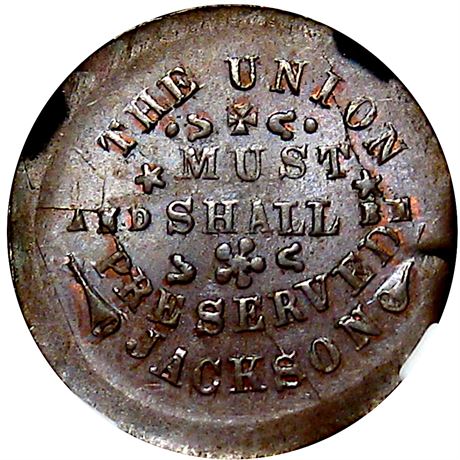 43 - 211/400 a R4 NGC MS63 BN Trace Red broad struck on a very large and irregular planchet. The Indiana Primitive version of The Flag Of Our Union. A very impressive error, very attractive and much nicer in person than the photos would indicate. From the Wayne Stafford, Steve Tanenbaum and William Evans collections, earlier from Rich Irons on eBay for $465 in August 2016. Still earlier from our January 2015 sale, then a Raw MS63. (500-750)