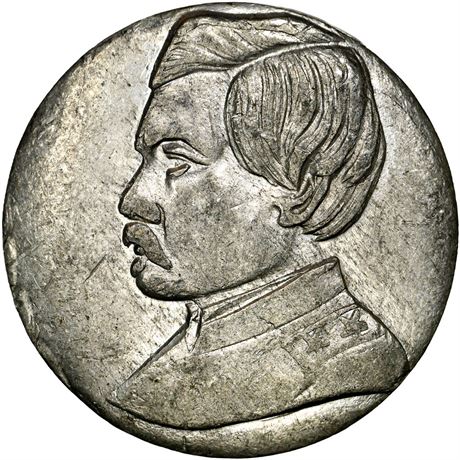 26 - 139/432 e R10 NGC MS63 30% Bright. Plain bust of General McClellan with No Compromise With Traitors reverse struck in White Metal and believed to be Unique in this composition. This is the only use of this Political token die in either the Store Card of Patriotic series. It is also known in Copper which is also listed as R10 and in Silver where just two are thought to be known. We sold an NGC MS63 example in Silver at Fixed Price from our website in June 2021. From the Mark Glazer and John Ford collections. (6000-8000)