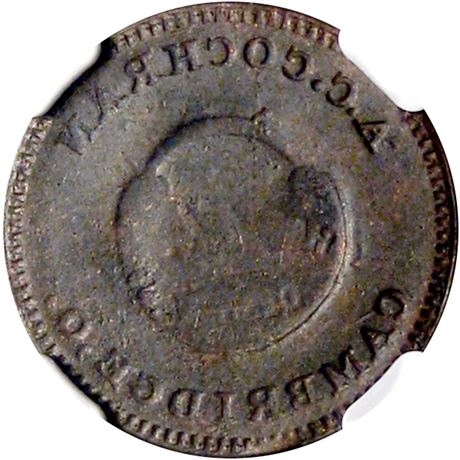 321 - OH115A-7a R9 NGC AU55 BN A. C. Cochran Hardware Dealer, Cambridge Ohio with Padlock. Very rare Store Card brockage mint error. These dramatic errors are created when a struck token sticks to the die and fails to eject. A subsequent token is then struck with one normal die and an incused image from the previous token acting as a die. As a class brockages of Store Cards are much rarer than Patriotic and within Store Cards Ohio examples are much rarer than New York or even Wisconsin. (1000-1500)